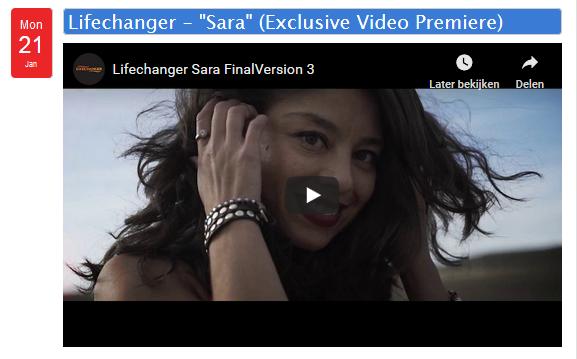 Today (January 21st, 2019) our first music video “Sara” got its premiere at MelodicRock.com! Check it out here:

Lifechanger is a melodic rock band from The Netherlands formed in 2017.

Lifechanger is influenced by melodic rock, hard rock and metal bands from the 80s while still having a contemporary feel.

The songs of Lifechanger often refer to remarkable events of life, hence the name.
Their first studio album is named after the band. “Sara” is the third track and a brand new music video is released today 21st of November 2019 exclusively through www.MelodicRock.com!

“Lifechanger” debut album is available through online shops like Ebay and Bol.com and streaming platforms like iTunes and Spotify.